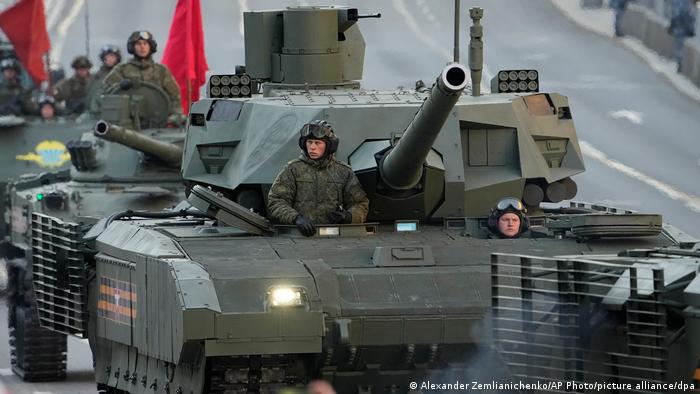 In some countries, such as France and Slovakia, the day is a national holiday, and in Germany, it is celebrated as a memorial day. After 12 years of brutal Nazi rule, almost six years of war, 60 million victims, and six million Jews killed, on May 8, Nazi Germany was defeated and the war ended.

The capitulation was signed several times, so in different countries, the end of the war is celebrated on different dates. On the night of May 6, 1945, General Alfred Jodl officially signed the surrender in Reims, which took effect on May 8, 1945.

However, Soviet dictator Joseph Stalin organized the second act of capitulation on “his” territory: on the night of May 9, Field Marshal Wilhelm Keitel placed his signature on the capitulation document at the Soviet headquarters in Berlin-Kalrshorst. That is why Russia is celebrating the victory on May 9. In the Netherlands, however, the festivities begin on May 5: this day marks the “Bevrijdingsdag” – the end of the German occupation.

For Germany, the issue of May 8 is complicated

Germany needs time to decide how to react to the May 8 event. For the population with the capitulation begins the so-called “hour zero” – initially no one wants to look back. The day symbolizes both defeat and liberation, which is too confusing for the young post-war republic. And the newly formed German Democratic Republic (GDR) in East Germany embarks on the Soviet path of development, declaring itself an anti-fascist successor state and thus rejecting any responsibility for what Nazi Germany did.

In West Germany, they avoid talking about this day. The first German Chancellor, Konrad Adenauer, even insisted on speeding up the adoption of the Basic Law (the Constitution) so that it would coincide with the eighth of May (1949). The archives keep his words: “For us Germans, this is truly the first happy day since 1933.”

Later, German President Richard von Weizsäcker would call May 8 in his historic speech a “day of liberation” from the hateful system of governing the National Socialists. In 2020, May 8 was once declared an official holiday, and since then it has been celebrated as a day of remembrance. Since then, the debate over whether this day should not be permanently declared a holiday has not stopped.

In Russia: for domestic use

In Russia, Victory Day, as it is called throughout the post-Soviet space, has been a day of mourning for decades because of the millions of Soviet victims in World War II. But that has changed in recent years. President Vladimir Putin is increasingly using this day for domestic political purposes. As early as 2020, a study by the German Science and Politics Foundation concluded that Putin was telling Soviet history more and more one-sidedly to make his regime look stronger and a successor to the great Soviet power.

Under Putin, for example, pompous military parades in Red Square have returned. To last year’s Russian president, he said: “Russia has consistently defended international law. At the same time, we will firmly defend our national interests to ensure the security of our people. And the brave Russian armed forces, the successors of the Victory Soldiers, are a sure guarantee.” In the tradition of the Red Army, Putin promoted the image of a threatened great empire. This includes the fact that since 2014, and recently with the attack on Ukraine in February this year, he defines Ukraine as “fascist”, which again connects with Nazi times. Read more: Ukraine pays tribute to those killed during World War II

“Putin and Russian state propaganda turned the historic capitulation of Germany on May 9, 1945, into a narrative of the Kremlin’s current political actions. The Soviet victory over Nazi Germany was used by Putin’s regime as an excuse for his conquest on February 24. a war against Ukraine, “said Ingo Mantoifel, a Deutsche Welle expert on Russian affairs. Thus, May 9 lost one of its functions – to remind of the suffering of millions of people and became an aggressive tool for the propaganda of Putin’s Russia, he added.

Concerns about expanding the war

In the same context, it has been speculated for weeks that Putin will now use the historic date of May 9 to fuel his propaganda in the war against Ukraine. Experts fear that Putin may announce a general mobilization on May 9, which will provide him with tens of thousands more troops. And Ukrainian intelligence has warned that Putin may be planning a military parade in the occupied Ukrainian city of Mariupol.

Thus, on May 9, instead of a day of remembrance, it finally became a propaganda tool. Previous post Mikhail Krutikhin: Putin is destroying with a terrible force not only the Ukrainian but also the Russian economy